ATI develops and produces assembly and maintenance equipment, test stands, work stands, and service lifts. Our clients include original equipment manufacturers (OEM), prime defense contractors, and the federal government, for whom we provide both equipment and maintenance of components present on existing aircraft. We make unique pieces of equipment, as well as custom and modified equipment. 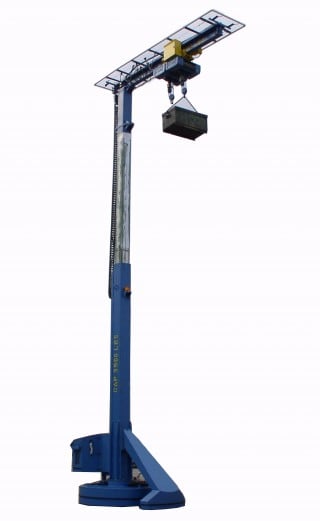 This Telescopic Mast Self-Propelled Mobile Jib Crane is used by an aircraft manufacturing company for assembling components. It lifts, carries, positions, and articulates large components in assembly plants. With its telescopic mast action, the boom can reach into and over the fuselage, utilizing a 360° rotation. It is battery-powered, self-propelled, and has a remote pendent control.

ATI’s Aircraft Caddy Lift has a conveyor top and an electronic scale built in for weighing the cargo loader on commuter aircraft. Edges and corners are equipped with rubber bumpers to protect the aircraft. Unit is mobile, and can be manually or self propelled, and battery-powered. 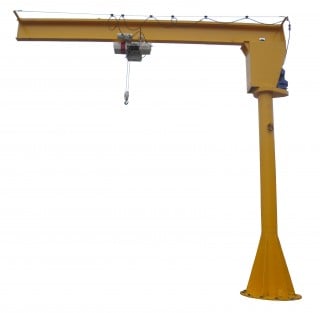 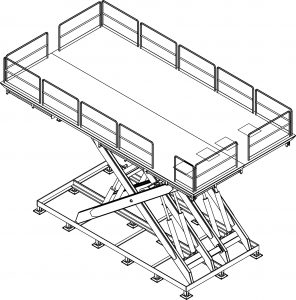 Aircraft Engine Test Stand Lift Platform, installed in a pit for ground level entry and exit, lifts the jet engine with fixture. It accommodates loads of up to 50,000 lbs. and 18′ height for engine testing. The deck is 16′ wide by 36′ long and has removable railings on all sides.