Our entertainment industry clients include household names such as pop legends and country music stars, as well as stage plays and musicals and orchestral performances in cities across the nation, including Las Vegas. We provide stage lifts, boom cranes, promotional display lifts, shark cranes, set maintenance equipment, and orchestra pit lifts. Our proficiency in producing custom equipment is key to our entertainment clients.

ATI manufactured and installed a huge Stage Lift that was able fit an entire orchestra with piano and all instruments. It lifted 12 feet from lower level and raised up to become flush with the stage. It had a circular platform matching the stage design, measuring 54 feet long. The customer outfitted the industrial steel deck with a custom wood top to perfectly match the rest of the stage that it was installed in. The lift could be elevated flush with the stage to expand the stage floor area for certain performances, and then lowered down below the stage to create an orchestra pit for musical performances.

ATI provided a car lift for a Las Vegas casino which lifted up and rotated 360°. It is used for a promotional display prominently placed inside the entrance of the casino.

ATI built a set of two double scissors lift tables for a popular band’s stage show. A platform was placed over the two lifts, which raised the drummer 8 feet above the stage level. It was installed on a flatbed truck for quick setup and removal at a Super Bowl Halftime show.

ATI built a long and narrow scissors lift table with a rotating platform on which was mounted a large TV screen 12 feet high x 20 feet long for a spectator display. It was mounted on trailer for fast mobility and erection, allowing the display to be transported to any location, and then lifted up out of the trailer for optimal viewing by the surrounding crowds. 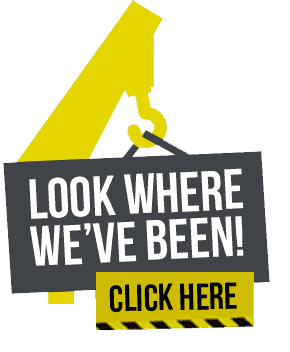